Here is the vlog with my first experience in the Rio Carnival! I know, it’s bizarre, but I never watched the Rio Carnival live – I never payed much attention to it, but for some time now (especially after moving to London) I really felt like living such a Brazilian experience as this one!

The invitation from Pantene to parade in the Sapucaí Sambadrome in Rio, in a Mangueira car, next to several blogger friends, was completely irresistible… Before I went, I took advantage of the 3 weeks I was in São Paulo and went on a little #sapucaímission, to avoid looking bad – I will tell you more about it in another post, but I can already say that the Miracle Touch sessions I did with Renata França, the machine sessions at Dr. Cris Coelho and the Magic Tan (which is a machine that sprays a tanning lotion all over the body, not the ones with rays that were banned) did a lot of difference ;)

Well enough of blablabla, let’s move on to the video – which, by the way, this time even has (kind of) an end! Uhu

Extra – makeup from day 2 at the camarote: 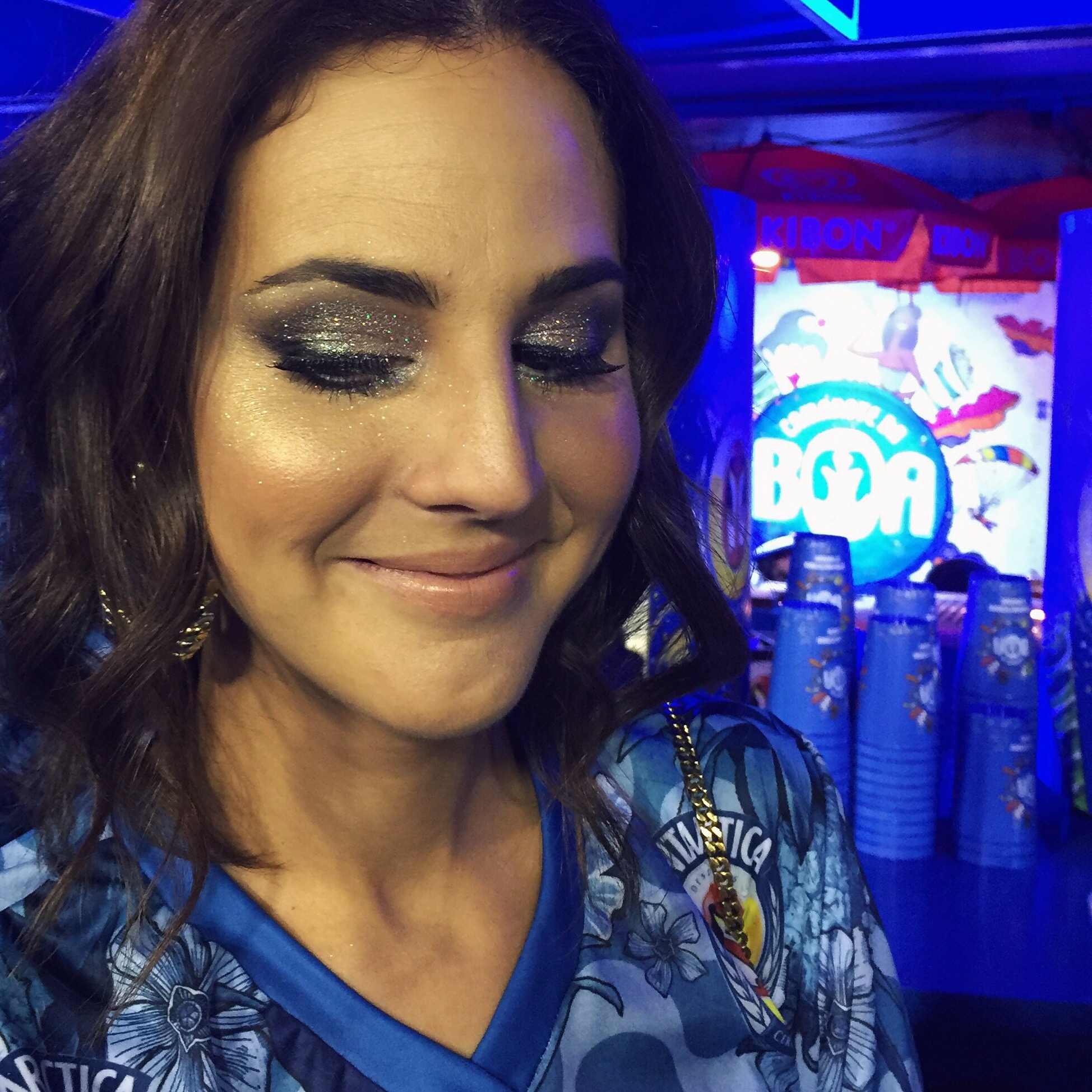 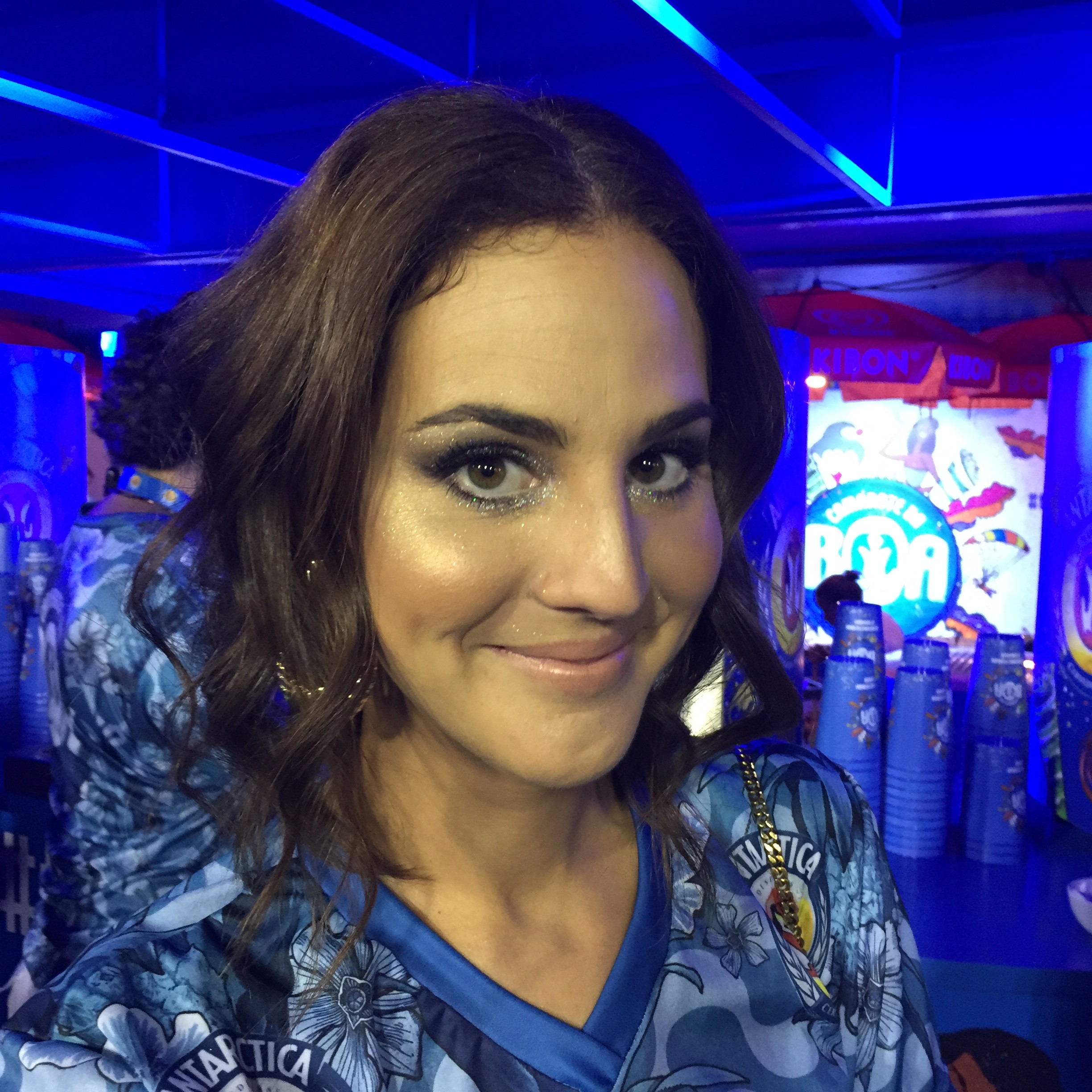 This one was done by the sweet makeup artist Monique Caetano, who did another interpretation of the “dive in the glitter because it’s Carnival” look, using:
Smokey eye with Pigment Deep Purple – MAC
Pink Glitter – Catherine Hill (underneath)
Silver Glitter – RZ Art Makeup (on top – MAC 3D Silver is similar)