Yesterday I posted great news on the YouTube channel (did you already subscribe?): after the success that the Retro Matte collection had, MAC decided to release new Matte lipsticks, like brothers for another famous red shade by the brand, the Russian Red! And I had the chance to try the new shades before everyone else and to show you her
first – woo-hoo, super scoop on DDB (in the whole world, I need to say #proud). Here is the video, and there is also more info and photos!

What everyone wants to know: the collection will be released simultaneously in the whole world, on the first half of October. There are 7 new shades with a matte finish – an opaque version a bit more “friendly” and comfortable than the Retro Matte – plus the Heroine, that already existed. The new shades are a limited edition, but if they are very successful, maybe they’ll end up being incorporated in the permanent line! You’ll find them for sale at MAC’s e-commerce and physical stores. 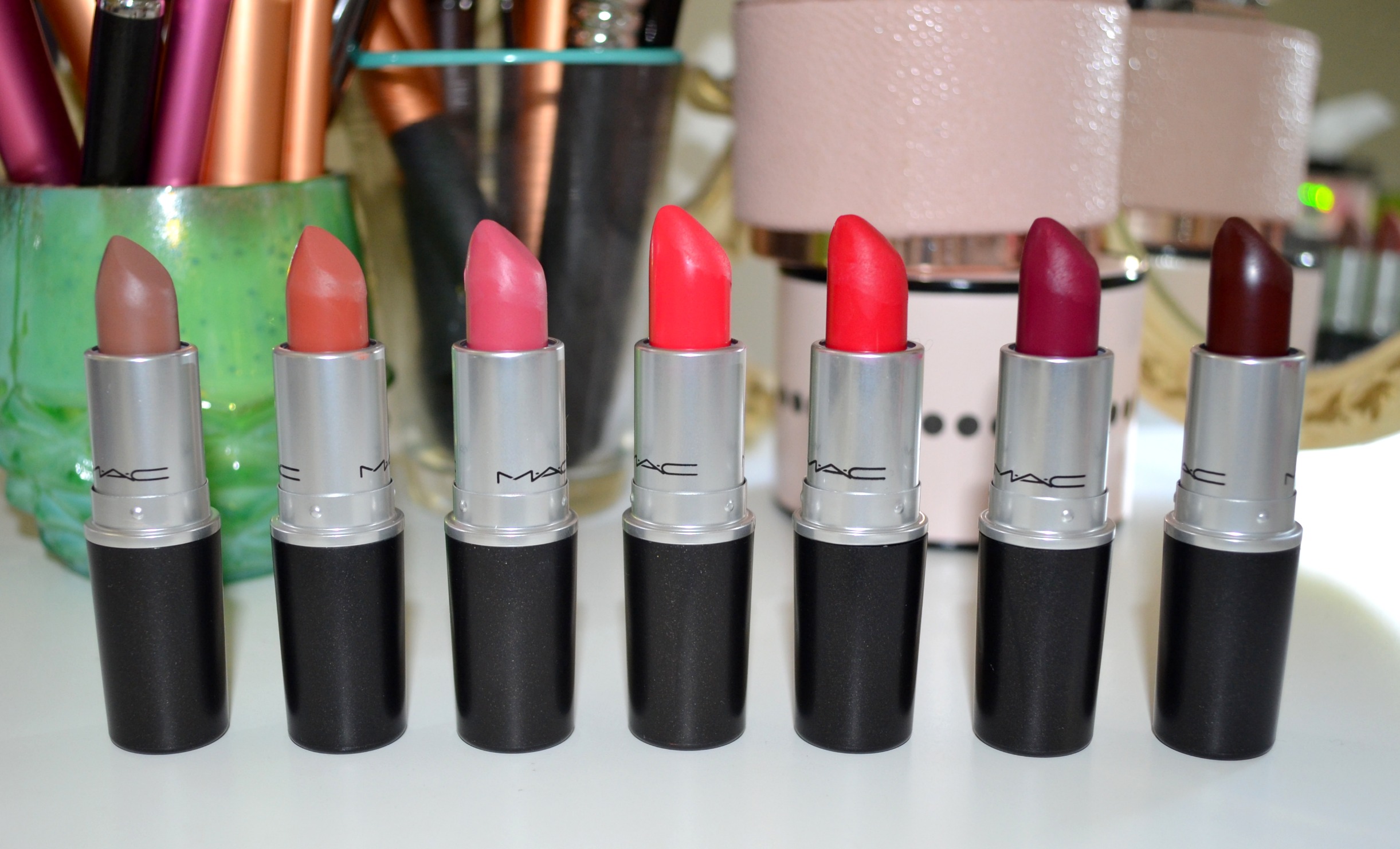 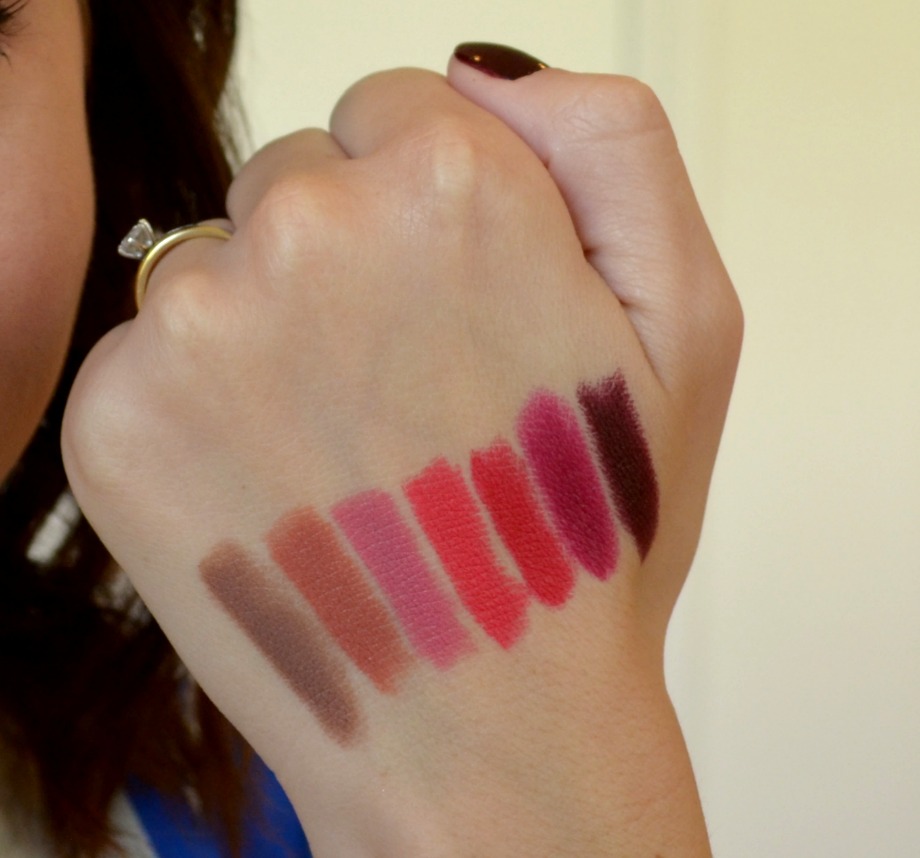 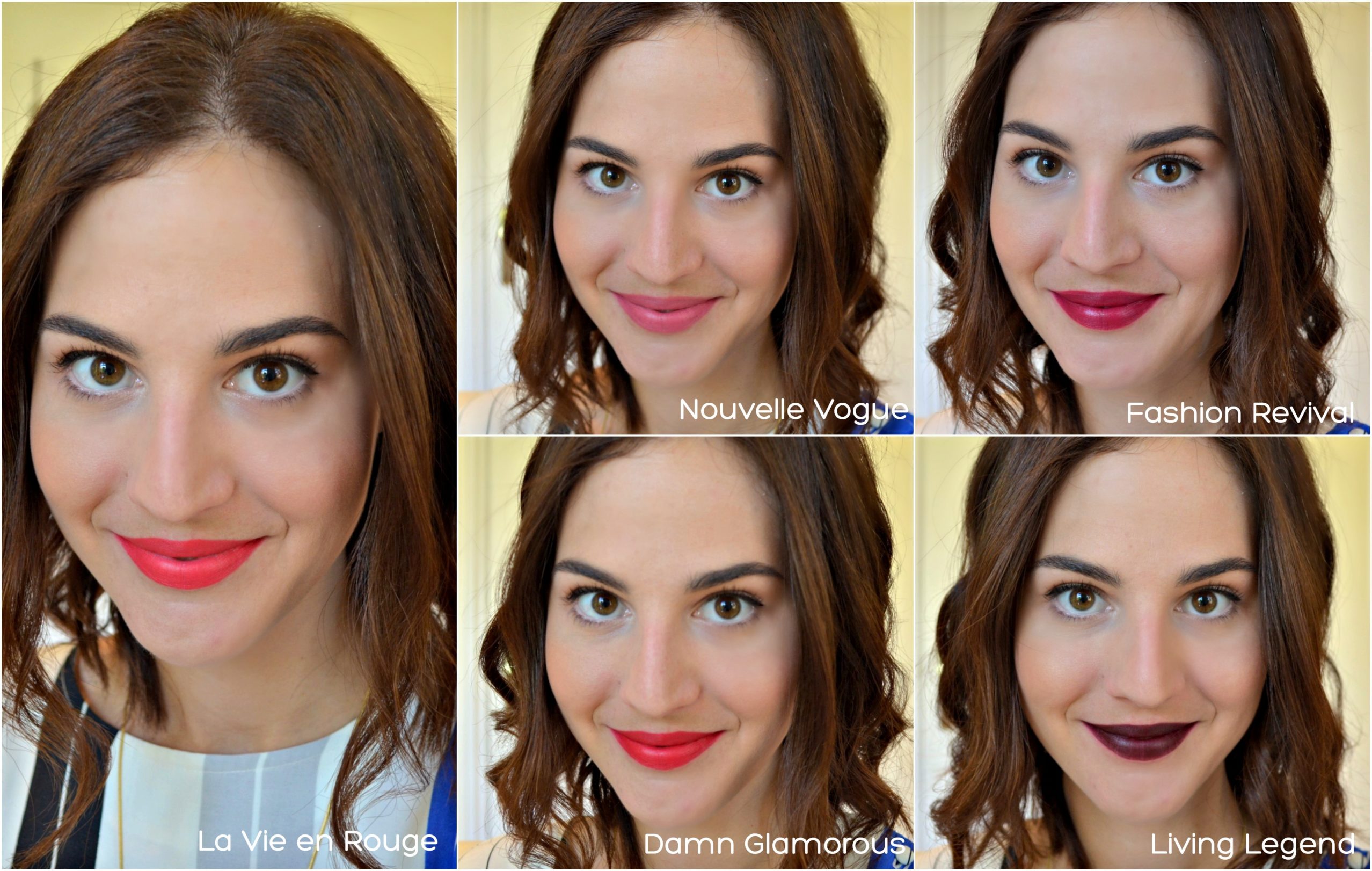 …and my favorite 5 in action! I already wore them “in real life”: the two bright ones, La Vie en Rouge (that was a hit on Instagram!) and Damn Glamorous – the difference between them is subtle, as you can see above, one is more coral/pinkish and the other one is darker/cherry. But for the ones who are crazy for lipsticks like me, of course they will never be the same hahah. And Fashion Revival, the shade that surprised me the most in this collection. I thought it would be darker, but it’s a a very interesting in-between!

The rest of the makeup:

What a day, London ❤️