I suspect that I wasn’t the only one to think that this week was a bit crazy, but I am totally confused and lost in the World Cup routine and the matches of Brazil, holiday, my sister’s wedding (it was yesterday, I will tell more about it on the next diary post)! Sunday I will return to London, so I think that my “gymkhana” life for this month I spent in São Paulo will become more normal again hehe…!

I ended up not leaving any previously made videos and didn’t even bring my camera with me, so the normal program of TV Beauté was compromised – I promise to make it up for the next ones! But I wanted to share with you two things I did around here during this season – a video with two ideas for blue makeup for Vogue (with Fabi Gomes!) and the interview I gave to the TV show Moda & Negócios, by Ale Farah, at Band News

I loved the way that Fabi did the eye liner using an eye pencil and a flat brush – you can transform any eye pencil in an eye liner, with the bonus of the precision the brush gives!

There’s not a way to embed the Moda & Negócios video here, but if you click the photo below you will be directed to the Band News website to watch it! 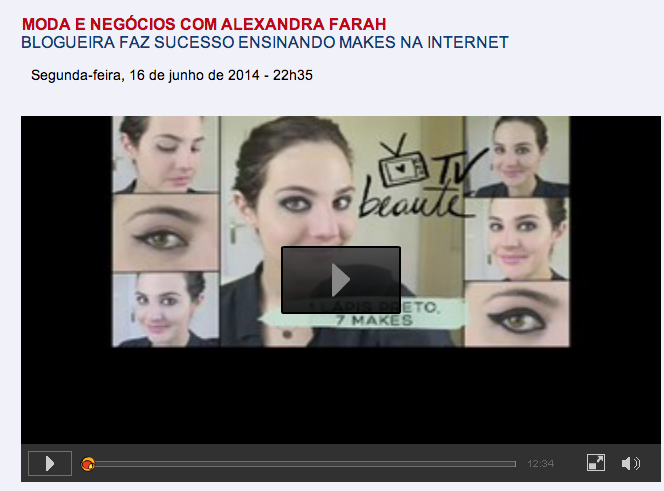 Products used in the video with Fabi:

Someone else having a love affair with cushion fou